How to Prepare Food Safely During a Pandemic

At present, it does not appear that COVID-19 is spread through food. However, this is a good time to practice good food preparation hygiene. Here are some tips.
These hygiene practices are ones you should have been following all along. If you haven’t, perhaps now is the time to start making them part of your food preparation habits.
For more information on COVID-19 and food safety, please download this PDF: https://foodsafety.ces.ncsu.edu/wp-content/uploads/2020/03/Food-Safety_COVID-19_Flyer_031720-1.pdf
Posted by Orange Planer No comments:

How to Grocery Shop Safely During a Pandemic

Try to shop at a time when it is less likely others will be shopping. Use curbside pick up if available.
If you must go into the store, wear a mask and practice social distancing. Bring your own cloth shopping bags that can be put into the laundry immediately upon unpacking at home. Click here for more information on cleaning and disinfecting reusable bags: https://foodsafety.ces.ncsu.edu/wp-content/uploads/2020/03/Reusable-bags_COVID-19_Flyer.pdf.
Bring sanitizing wipes and wipes down the handle of the grocery cart before touching it.
Fresh produce is generally a healthy food, but it is presented at the store in ways where it may become contaminated with a variety of germs. This is no reason to avoid it! Instead grab two of the plastic produce bags. Put your hand inside one, and use it to pick up the produce you want to purchase, and put it into the second bag. That makes the first bag act as a protective glove.
Wash your hands after returning from the store, and wash them again once you’ve put everything away in your pantry. Be sure to properly clean produce once you get it home or before you prepare it.
Posted by Orange Planer No comments:

Is Drive-Through or Take-Out Food Save During A Pandemic? 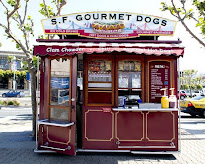 Is it safe to eat at the drive-through or get take-out food during a pandemic?
There does not appear to be any evidence that food or food packaging can transmit the COVID-19 virus.  At this time, the biggest infection risk appears to be from person-to-person transmission. Food businesses should enforce work procedures that keep their employees safe and healthy. Food service employees who have symptoms of illness should not be at work. Drive-through and meal delivery programs seem to offer the best options for maintaining social distancing and reducing contact between food preparers and customers.
Remember to disinfect your credit card when it is returned to you, before you stick it back in your wallet. It is unlikely, according to current understanding, that the coronavirus can survive long on food packaging. It also appears to be unlikely for the virus to survive in prepared foods. However it is always wise to wash your hands or use hand sanitizer after touching food packaging materials and before eating.
In deciding whether you will risk acquiring coronavirus from drive-through or take-out meals, you will also want to consider how important it is to support local small businesses. Many employees in fast food restaurants need the income their job provides.
For further information on the safety of prepared foods, please download this PDF: https://foodsafety.ces.ncsu.edu/wp-content/uploads/2020/03/Takeout_COVID-19_Flyer_032320.pdf.
Posted by Orange Planer No comments: 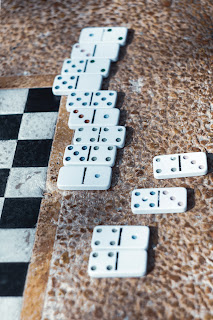 Then the battle begins as they attempt to swat each other with their rolled-up newspaper. Both players are allowed to roll around to escape their opponent’s flailing blows.
Posted by Orange Planer No comments: 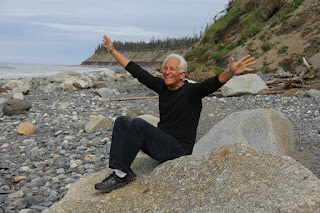