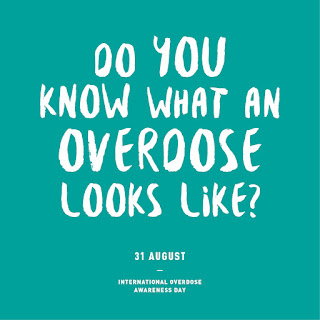 The aims of International Overdose Awareness Day are to:

An overdose occurs when someone has more of a drug or drugs in their body than their system can cope with. Any drug, including prescription and over-the-counter medicines, illegal drugs, alcohol, caffeine and nicotine, can cause an overdose. Overdosing symptoms vary with the type of drug(s) involved.

Tolerance to the effects of drugs build up with regular drug use. Tolerance means that the person needs to take more and more of the drug to continue to get the same effect.

You lose tolerance if you haven’t used the drug in a while. This can happen from being in rehab, a detox program, or in prison without access to drugs. Tolerance wears off. Then if you return to drug use at your former high level, you are likely to overdose because your body is no longer used to that much of the drug.

Any drug, once taken, begins to become less effective as time passes. Some drugs are metabolized into other substances, others are eliminated from the body. As the amount of the drug in your system decreases, you feel fewer effects from it.

It is important to understand the half-life of drugs. This is the time that it takes for a dose to drop down to half strength in the body. For instance, the half-life of Valium is 24 hours. This means that a day after taking a dose of Valium, half of it remains active in your body. If you take the same dose 24 hours after taking the first dose, you will then have 1 ½ doses active in your body at the same time, which could be an overdose. Understanding half-lives is particularly important when multiple drugs are involved.

Yes, Naloxone (Narcan) is a medication used to revive people who have had an overdose of opioids (methadone or oxycontin, for example). It is very effective for this use. However, an important caution after being administered naloxone is that you risk having an urge to take more of the drug that caused the overdose in the first place.

This is because of a difference in half-lives between naloxone and opioids. While the half-life of opioids is around 12 hours (meaning half the overdose amount is still in your body half a day later), the half-life of naloxone is much shorter, only 60-90 minutes. Naloxone is powerful immediately after being administered, but its effects wear off much faster than do the effects of the opioids. It is important for people who have been revived with naloxone to not return to taking the drug that caused the overdose.

Remember, overdose death is a preventable tragedy. Your advocacy to end overdose could save lives as well as sorrow.

Too Good to Be True? Free and Low-Cost Tech Education to Boost Your Career 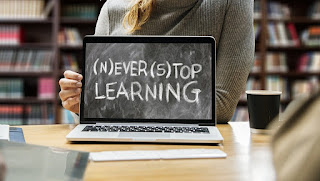 One result of the pandemic is the opening up of numerous technology-related jobs which can be done from home. This can be a boon to a person with a disability, if they possess the requisite tech skills. If you are hoping to educate yourself in a skill area that interests you, or if you need certification of your skill set for your resumé, TechRepublic has listed a number of tech education opportunities that just might be what you need. And best of all, most of these are being offered for free, or at a significantly reduced cost.

Web development is a hot tech career right now. You can learn the necessary skills in MySQL, PHP, GitHub and more to move into this high tech area by studying the programming languages and database skills in the low-cost “Modern Web Development & MySQL Programming Bundle”.

If that sounds too advanced, you might want to start with the “2021 Ultimate GitOps Certification Bundle”. This package of various courses for beginners in technology fields teachers about the Python programming language, GIT, Kubernetes and even offers a guide for developing websites without coding.

Learn basic Kotlin software development for free. Kotlin is the language used for Android app development, which is an exploding career field.

With the “Raspberry Pi and Arduino Bootcamp Bundle,” you will build up to working in robotics. The price of this educational package has been greatly reduced.

Cisco certification will prepare network administrators for work with hybrid-cloud networks. Studying for the certification exam is aided by a deeply discounted “2021 Cisco CCNA and CCNP Certification Training Bundle.”

Take advantage of these free or inexpensive educational opportunities to bolster your technical capabilities and improve your career opportunities. 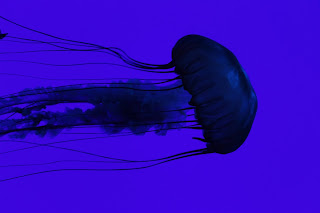 If you go to the beach on coastal waters during the summer, you may notice strange gelatinous blobs lying on the sand. You may see what looks like a swarm of plastic bags floating on the waves. If you encounter the trailing tentacles of these creatures, you may develop a burning stinging sensation which is impossible to forget once experienced. Here’s what you need to know about jellyfish.

Although aquatic, jellyfish are not fish. They usually consist of an umbrella-shaped bell from which dangle tentacles armed with stinging cells. These nematocysts discharge a barbed stinger that injects venom into anything it touches; the jellyfish uses these stingers to catch prey and ward off enemies. Since the tentacles of some species of jellyfish are many meters long, you can be stung even if no jellyfish are visible. The dead jellyfish on the beach are also capable of stinging.

If you are stung by a jellyfish, some first aid measures are more effective than others. It appears that common treatments (vinegar, hot water, ice packs, meat tenderizer, even urine) may be ineffective or may only work for stings from certain kinds of jellyfish.

Start by scraping the affected skin with something stiff like the edge of a credit card to remove the jelly, tentacles and nematocysts. Dispose of the removed material; don’t leave it on the sand for someone else to step in. Then apply hydrocortisone cream to the damaged area to reduce both pain and inflammation. If the pain involves itching, antihistamines may help. Seek medical attention if these measures do not bring relief.

The best way to deal with jellyfish stings, though, is to avoid them. Pay attention to beach safety flags. Purple means marine pests such as jellyfish are present (but this doesn’t include sharks). Warning signs may also be used to help swimmers stay safe. It is wise to heed warnings about the presence of jellyfish, as the sting of some species can be deadly, especially to small children.

There are many kinds of cooking oils. It can be difficult to decide which ones are healthiest.

But beside the amount of unsaturated fat, you should also consider the oil’s smoke point. When you heat any oil, it begins to break down. Heat it hot enough and it begins to smoke. It is not healthy to cook anything in oil that has degraded to the point of smoking, so for higher temperature cooking, you will want to use an oil with a high smoke point.

This means the best oil for cooking depends on what you are making. For low temperature baking and sautéing (up to about 350-400 degrees F (175-200 degrees C), you can use canola, grapeseed or olive oil. For browning or roasting in an over up to 450 degrees F (230 degrees C) or searing, peanut oil or avocado oil would be better.

Choose the right oil for the task and you will be happy with the results. So will your arteries. 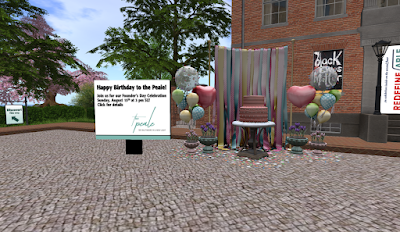 Join us on The Peale Museum island for a screening of the Founder's Day event to celebrate the 1 year birthday of the Peale in Second Life, and the 207th birthday of the physical Peale, located in Baltimore, Maryland. This live broadcast will be "projected" into the courtyard of the Virtual Peale, providing a portal into the physical Peale. Meet RL artists, staff and partners from the Peale, and see the progress of the ongoing restoration of the oldest museum building in America, established in 1814 by artist Rembrandt Peale. The hour-long event will also feature a musical performance by Scott Patterson for the Proximity Project, a history and demonstration of silhouette cutting with Lauren Muney, and a look back at Out Of The Blocks with Aaron Henkin.

The event includes live human generated captions and American Sign Language interpretation. For more information about transcripts, captioning, and other accessibility resources, please visit the Peale's accessibility page. If you have any additional accommodation requests ahead of time, questions or feedback about access, please contact our Accessibility Manager Robin Marquis at access@thepealecenter.org.

Posted by Mary Doge No comments:

Email ThisBlogThis!Share to TwitterShare to FacebookShare to Pinterest
Labels: Events

TIP - Increase Your Fiber Intake, One Meal at a Time

If you are in serious need of more fiber in your diet, it is important not to increase how much you eat all at once. Instead, try making a small change once a week, one meal at a time.

For breakfast, increase the fiber content of your cereal. Fiber-rich offerings contain at least 5 grams of fiber in a single serving. Read the nutrition label to check how much is in different brands and flavors of both hot and cold cereals.

Build your lunch sandwich on whole-grain bread. Read the nutrition labels of different breads to find those with at least 2 grams of fiber per serving. Beware of deceptive brand names like “multi-grain” or “enriched,” which may not indicate the bread is whole-grain.

Choose your supper carbs wisely. Cook brown rice instead of white and use whole-wheat pasta for an extra fiber boost.

Dietary fiber is important for your health in many ways. It reduces constipation by helping food waste move smoothly through the digestive tract. It stabilizes blood sugar and helps you maintain a lower blood pressure. Make simple food substitutions to increase the amount of fiber in your diet.
Posted by Mary Doge No comments:

You can teleport to any of the eight displays and exhibits using the SLURLs in this posting. After you arrive, click on the poster with the same name as the title of the poster set, and you will get a notecard that contains all the text of the posters plus descriptions of the images.

If you click each poster, you will get a message with additional information and live links. 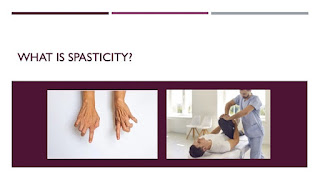 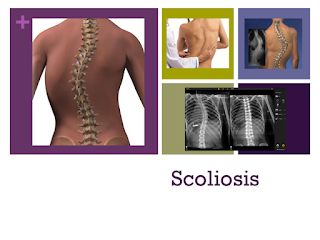 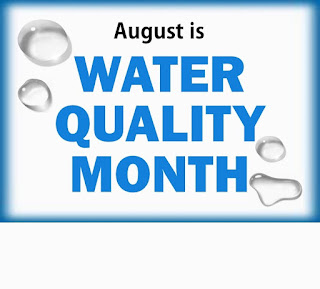 4. Hydration for Health (get a free glass of water to sip!) 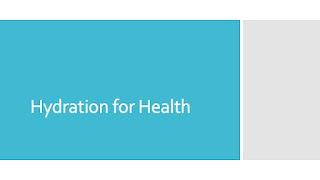 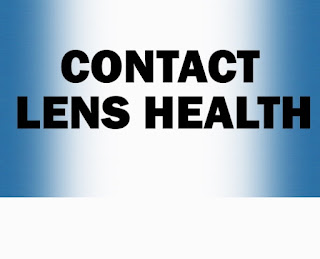 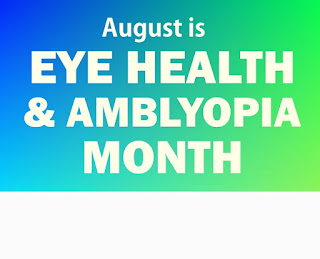 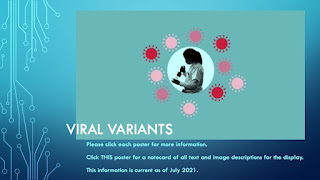 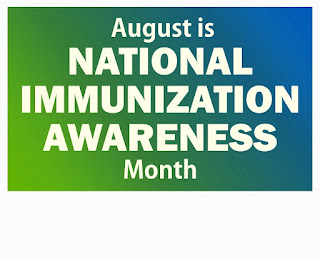 Also check out the calming breathing exercise on the back wall!