Shyla is a former storm chaser, outdoor adventurer and comedian who, to pay the bills, developed industry specific solutions and implemented enterprise wide systems for Fortune 500 companies. Shyla is a published author, editor, blogger and poet. She is also a caregiver.

In Second Life, Shyla is a Super Gecko and wears a pink cape to note the distinction. She has never met another Gecko in SL, so there is really no way for her to compare her 'gecko-ness' to any other. However, as far as geckos go, she likes to think she is pretty super. She enjoys customizing, building and texturing in Second Life. She creates theme builds on her Nautilus Island parcel to benefit organizations in Second Life assisting People With Disabilities. 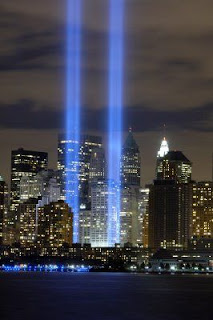 On September 11, 2001, Shyla was enjoying a day off, resting on her sofa when the first news reports of the terrorist attack aired. Shortly thereafter, her co-workers were sent home as a nation began to grieve and much of the world with it. She worked as a business partner with several people in the Towers that day, and remembers the anxiety as she and her staff waited for confirmation they were all okay. Sadly, she would come to know not all of them survived.

She did not see herself as disabled at that time, nor did she consider the context of the stories being conveyed about people with disability who were saved on 9/11. But as the 15th anniversary approached this year, Shyla wanted to learn the story of her community as it related to 9/11. What began as a historical curiosity revealed serious issues about how our stories are told by a predominantly able-bodied media and the inclusion and consideration of PWDs (People With Disabilities) in emergency planning even today. The result is "9/11: The PWD Story".