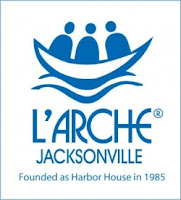 The first IDRAC session for Saturday November 19, beginning at 8am Pacific, is an opportunity to “Meet L’Arche.” Begun in France in 1964, L’Arche is now an international network of intentional mixed residential communities for people with and without intellectual disabilities.

In addition, Ms. Saxon has raised funds for United Way, the Alzheimer’s Association and the Juvenile Diabetes Foundation. She served as Executive Producer of the Florida Film Festival and has coordinated numerous arts in education programs in K-12 schools, along with teaching third grade. Her additional volunteer experience includes serving as a Rotarian, a Stephen Minister, and a Big Sister.