Are You OK Drinking Wine? 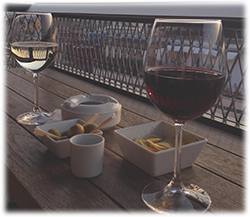 It turns out that more than one in twenty adults probably isn’t OK drinking wine. A study by German researchers found that 7% of those surveyed reported significant symptoms when drinking wine. The symptoms reported included itching, runny nose and flushed skin, and were more commonly reported from red wine than from white varieties. Some respondents reported diarrhea, stomach cramps, or irregular heartbeat.

The researchers concluded that although these symptoms could be indicative of an allergy, they were more likely to be from an intolerance.

What is the difference between intolerance and allergies? Allergies are an immune system response that occurs when the body reacts as if a harmless substance is harmful. Intolerance is a digestive system response, when the body can’t properly break down food. Although symptoms are somewhat similar, hives and swelling of the tongue are much more common with allergic reactions.

The fact that intolerance is more common to red than to white wines may be due to the presence of proteins in grape skins. White wines are fermented without the skins, and so would have less of that protein. Some people reported not only intolerance to wine, but to all alcoholic beverages. That means for some people, the alcohol in wine is the cause of their discomfort. Very few people reported an intolerance to grapes.

One humorous finding of this study: Those reporting intolerance to wine were no less likely to drink it! This could be because they switched to a type of wine that produced fewer symptoms. Of course, it is also possible that their symptoms were not troubling enough to convince them to stop drinking wine altogether.