Virtual Ability, Inc.® is pleased to announce the speakers who will open each day of the 6th annual International Disability Rights Affirmation Conference coming up December 1-2, 2017. They are Mr. Louis Olander and Dr. Christopher McMaster. 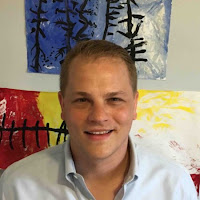 Louis Olander is a doctoral candidate in the Urban Education program at the CUNY Graduate Center, and teaches graduate and undergraduate students about inclusive education and assessment of students with dis/abilities in the Special Education department at Hunter College.

His research interests are in universal design, appreciative inquiry, and critical participatory action research. Previously, he taught special education in New York City, and now lives in Yonkers with his wife and two kids. His email address is louis.olander@gmail.com.

Presentation Description
Beyond accountability: Moving towards answerability for students with disabilities

In the United States, accountability has broadly become the dominant paradigm for accommodating the needs of individuals with disabilities and for addressing equal education. While those paradigms have been useful in the past in promoting a modicum of equality, they have often prevented any movement beyond mere compliance. Moreover, accountability movements have elevated what Danforth (2014) calls technocracy, obscuring social justice arguments for meaningful inclusion. In this presentation I will talk about my dissertation research, in which I hope to help teachers outgrow technocratic, compliance, or accountability frames through teacher inquiry that is appreciative of their existing strengths and critical of structures that sustain exclusion. In so doing, I hope to promote what Patel (2015) terms answerability, reframing questions of what exactly educators are responsible for.

Mr. Olander's presentation will open the conference on Friday, December 1, 2017 at 8:00am US Pacific Standard Time, in Second Life®. 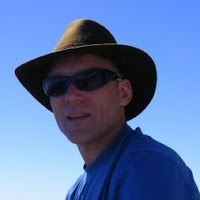 Dr. Christopher McMaster is a writer and educator living in New Zealand. He completed a PhD in education from the University of Canterbury based on a critical ethnography of developing inclusive culture in an Aotearoa New Zealand high school. He designed a thesis topic that incorporated two of his passions — community activism and inclusion — and builds on the experience of 15 years as a teacher and 25 years as a parent. This study was recently adapted and published as Educating all: Developing inclusive school cultures from within by Peter Lang. This presentation draws upon that research, as well as subsequent work.

Christopher received a Master of Arts from the University of London, before becoming a primary teacher in the UK. Returning to his native US he specialized in special education, earning a postgraduate diploma from the University of Alaska Southeast. Christopher was recently an Assistant Professor of Education, Special Education at Augsburg University, in Minneapolis, USA. He has since returned to his adopted home of New Zealand where he teaches in the local community, developing a model of alternative education within a mainstream high school. Christopher can be contacted at drchrismcmaster@gmail.com.

Presentation Description
Advocate or Mechanic? The Role of the Citizen Practitioner in Social Change

The basis of this talk will be research undertaken at a mainstream high school and published as the book, Educating All: Developing Inclusive School Cultures from Within (Peter Lang). The role I assumed as researcher was that of the critical ethnographer — not there to simply observe the school culture, but to play an active role in helping to change it. Working with the most minoritized population of the school (students with so-called ‘special needs’), change happened, but only so much. I got to return to the school three years later in a different role and work with another part of the school population. I noticed that once an advocate for change was not there, the change process was affected. In Educating All, I identify five elements of inclusion. Maybe advocate was the most important? Maybe it needed someone to be responsible.

Dr. McMaster's presentation will open the second day of the conference on Saturday, December 2, 2017 at 8:00am US Pacific Standard Time, in Second Life®.