For some of us with certain disabilities, losing weight can be a challenge. Spinal cord injuries and chronic pain conditions, for example, can make exercising difficult if not impossible. As we get older, losing weight also becomes harder as our metabolisms slow down. Consequently, for many of us, watching our diet is the only way to keep our weight constant. The following two methods of losing weight will be useful to those of us who cannot increase the amount of exercise we already do, or indeed, exercise at all.

Method #1: Increase the length of your fasting period at night 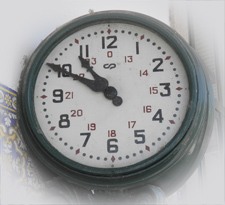 In January 2016, the University of Surrey teamed up with BBC Two's Trust Me, I'm A Doctor's (TMIAD) medical team to conduct a first-ever experiment on time-restricted food intake and weight loss, on humans.1 Prior studies on mice had already revealed that moving their feeding times closer together in the day, which produced a longer 'fasting' period overnight during which no food was eaten, resulted in the mice losing weight and acquiring healthier blood sugar and cholesterol levels - even though they consumed exactly the same food and number of calories.2,3 The University of Surrey and TMIAD carried out an equivalent controlled and randomised study with 16 human volunteers over 10 weeks. Half the subjects carried on with their normal routines. The other half took their breakfasts later by 90 minutes, and their dinners earlier by 90 minutes, effectively extending their 'fasting' period at night by 3 hours. All subjects ate the same amounts of food as normal. At the end of 10 weeks, the time-restricted group had lost body fat, and showed significantly healthier changes in fasting blood sugar and cholesterol levels, than the control group. There was no difference in the groups' blood fats (triglycerides).4

Researchers believe two factors are at work. The first is that intermittent fasts can be good for you, by limiting the body's expression of an insulin-like growth hormone called IGF-1. Food consumption generates IGF-1, which keeps the body in a 'growth' or 'go' state, where cells are driven to reproduce and facilitate growth. This state also speeds up the aging process. University of Southern California's biogerontologist Professor Valter Longo compares the 'growth' mode to "driving along with your foot hard on the accelerator pedal." Fasting, however, reduces IGF-1 and encourages the body to go into 'repair' mode, by switching on DNA repair genes.5

The second factor is that your body has a 'body clock' which regulates how it deals with food over the 24 hour period. Your body starts preparing naturally for sleep and night-time fasting towards the evening. Melatonin hormonal levels, which are associated with sleep, begin to rise, and along with them, blood fat and sugar levels. This occurs because the body is preparing to handle the impending fast by bringing fats out of storage. Consequently, eating during this period when blood sugar and fat levels are already high, can be harmful to your health.6

Method #2: Eat BEFORE exercise if you are female, AFTER if you are male

Yet another "world-first" experiment was conducted by the University of Surrey and BBC Two's Trust Me, I'm A Doctor television series in January 2016.7 Like the experiment on time-restricted feeding, this second experiment was conducted to see if levels of body fat responded to a minor change in daily routine. Research by nutritionist Dr Adam Collins had suggested that the amount of fat people burned off during exercise responded to whether they exercised before or after they ate - and that this sequence was different for women and men.8 TMIAD and the University of Surrey carried out a randomised and controlled 4 week experiment with 30 volunteers, putting them through a regime of exercise conducted both before and after consumption of carbohydrate drinks or placebos.9

The results supported Dr Collins' previous studies: men and women burn carbohydrates differently. TMIAD noted that: "Men are very much 'carbohydrate burners' - if as a man you eat carbohydrate then your body is going to burn it rather than fat. Just giving the men carbohydrate at any time in our experiment made them burn a bit less fat!"10 This means that if you are a man, it is better to eat AFTER exercising, as this will force your body to burn off fat in the absence of carbohydrates. For women, the opposite is at work: Eat BEFORE exercising if you want to burn more fat. This is because women's bodies "tend to burn fat more easily than men's, and are not fueled so much by carbohydrate. Moreover, women are much better at conserving carbohydrate during exercise. So when women eat carbohydrate soon after exercise, this is effectively overloading them with fuel, and interferes with the body's ability to burn fat."11

1 The big experiment: Could I lose fat just by changing my meal times?, Trust Me, I'm A Doctor, BBC Two

4 The big experiment: Could I lose fat just by changing my meal times?, Trust Me, I'm A Doctor, BBC Two

5 The 5:2 diet: Can it help you lose weight and live longer?, Michael Mosley, The Telegraph

6 Is eating in the evenings bad for me?, Trust Me, I'm A Doctor, BBC Two

9 The big experiment: How can I get my body to burn more fat, without doing more exercise?, Trust Me, I'm A Doctor, BBC Two