Three New Studies Find That 'DNA Is Not Destiny'

Three new studies suggest that the fate of our health is not bound irrevocably to our genetic makeup. Genetic risk has generally been viewed as unavoidable. But research is now discovering that lifestyle choices and diet can mitigate even high-risk gene variants, affect an organism's DNA gene sequence, and reduce age-related disease risk. 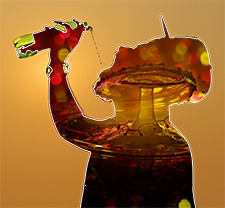 1 A study led by Massachusetts General Hospital investigators has found that even among people with high genetic risk of heart disease, a healthy lifestyle can cut the probability of a heart attack or similar event in half. Published in the New England Journal of Medicine on November 15, 2016, the findings will be presented at the American Heart Association (AHA) Scientific Sessions. 'The basic message of our study is that DNA is not destiny,' says Sekar Kathiresan, MD, director of the Center for Human Genetic Research at Massachusetts General Hospital. The research team analysed genetic and clinical data from more than 55,000 participants in 4 large-scale studies. Participants were assigned a genetic risk score based on whether they carried any of 50 gene variants associated with elevated heart attack risk. Four AHA defined lifestyle factors -- no current smoking, lack of obesity, physical exercise at least once a week, and a healthy dietary pattern -- were used to measure participants' level of lifestyle health. Researchers found that the presence of each healthy lifestyle factor reduced risk, and the presence of an overall favourable lifestyle could reduce the incidence of coronary events by 50 percent in participants with the highest genetic risk scores.

2 Researchers from the University of Montreal have found that the makeup of a person's intestinal bacteria ecology (microbiome) -- an ecology largely determined by choice of diet -- may play an important role in determining if they will develop age-related macular degeneration (AMD) . AMD is the leading cause of irreversible blindness in the industrialised world, and is characterised by a heightened immune response, large deposits of fat debris at the back of the eye (early AMD), destruction of nerve cells, and growth of new diseased blood vessels (late form, wet AMD). Until now, data has suggested that smoking and abdominal obesity (in men) were risk factors for AMD. The researchers found that changes in the bacterial communities of the gut, such as those brought on by a diet rich in fat, cause long-term low-grade inflammation in the whole body and promote diseases such as wet AMD. 'Our study suggests that diets rich in fat alter the gut microbiome in a way that aggravates wet AMD, a vascular disease of the aging eye. Influencing the types of microbes that reside in your gut either through diet or by other means may thus affect the chances of developing AMD and progression of this blinding disease,' says Dr Przemyslaw Sapieha, a researcher in the November 15, 2016 study. 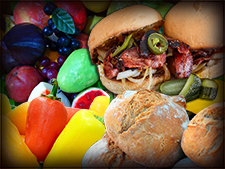 3 We are what we eat, goes the old saying. Now researchers at the University of Oxford have demonstrated that the diets of organisms can affect the DNA sequences of their genes, by studying groups of eukaryotic parasites and bacterial parasites that infect different plant or animal hosts. Dr Steven Kelly, from Oxford's Department of Plant Sciences, says: 'Organisms construct their DNA using building blocks they get from food. Our hypothesis was that the composition of this food could alter an organism's DNA. For example, could a vegetarian panda have predictable genetic differences from a meat-eating polar bear? To test this hypothesis, we picked simple groups of parasites to use as a model system. These parasites share a common ancestor but have evolved to infect different hosts and eat very different foods. We found that different levels of nitrogen in a parasite's diet contributed to changes in its DNA. Specifically, parasites with low-nitrogen, high-sugar diets had DNA sequences that used less nitrogen than parasites with nitrogen-rich, high-protein diets.' Doctoral candidate Emily Seward, from the same department, says: 'It has been unclear why very closely related organisms can look so different in their genetic makeup. So many factors...can influence the DNA sequence of an organism. But our study explains a very high percentage of these differences and provides evidence that we really are what we eat.'