"The Neglected Organ": Your Microbiome's Role as Guardian and Protector

Weizmann Institute of Science immunologist Dr Eran Elinav calls the microbiome -- the collection of commensal bacteria, viruses, protozoa and fungi which live in and on us -- our "neglected organ", both integral to the body, and with a microbial composition and function unique to each person.1 Cornell University Professor of Immunotoxicology Rodney Dietert describes the lack of a complete or adequate microbiome in newborns the "equivalent [in many ways] of being born with a serious birth defect, resulting in inappropriately matured physiological systems."2 Describing the 'seeding' of a complete microbiome at birth as "absolutely critical for a healthful life", Dietert states:

In the absence of effective microbiome-based training, the immune system does not learn what is safe outside of the body, resulting in haphazard, inappropriate reactions to innocuous environmental factors -- allergens such as pollen, mold, cat dander, and peanuts. It also fails to properly recognize and ignore internal targets, resulting in autoimmune and inflammatory responses that are misdirected, ineffective, and sometimes never-ending. Such reactions can eventually compromise the function of our own tissues and organs.3


With the microbiome not generally recognised to even exist until the late 1990s,4 medical science has been unaware, until very recently, of the critical role this overlooked 'organ' plays in our health and well-being. This role cannot be overstated. The human is a composite creature of single-celled organisms from all domains of life (eukaryotes, archaea, bacteria) and its own mammalian cells -- a composition Dietert calls a "superorganism".5 This superorganism that is the human is, by cell numbers, "approximately 90% microbial".6 The University of Washington's Ecogenetics Center describes humans as "mostly microbes", with microbes outnumbering human cells by ten to one.7 Residing mostly in the gut, this microbiome can weigh as much as 5 pounds (2 kg).8

While two-thirds of each person's microbiome development is unique to them, the result of lifestyle choices and environmental factors,9 the newborn's initial microbiome is largely inherited from the mother, 'seeded' through its birth via the birth canal.10 This process exposes the baby to vaginal microbiota and also maternal intestinal flora. Skin-to-skin seeding is also significant at birth. Dietert notes that "cesarean-delivered babies typically have altered immune profiles and are at an elevated risk for NCDs [non-communicable diseases] such as asthma, type 1 diabetes, and obesity."11 The University of Utah's Genetic Science Learning Center's profiling of such non-communicable health conditions now known to be linked to a compromised microbiome include: acne, antibiotic-associated diarrhoea, asthma, allergies, autism, auto-immune diseases, cancer, dental cavities, depression and anxiety, diabetes, eczema, gastric ulcers, hardening of the arteries, inflammatory bowel diseases, malnutrition and obesity.12 The University of Washington's Ecogenetics Center states, more directly, that "autoimmune diseases appear to be passed in families not by DNA inheritance but by inheriting the family's microbiome."13 The vertical transmission of familial microbiome inheritance is, however, greatly complicated by modern living circumstances. Dietert points out that the

increase in cesarean deliveries, the reduced prevalence and duration of breastfeeding, overuse of antibiotics both as prescription drugs and in agriculture, modern urban living surrounded by sanitizers, and a general tendency to limit contact with the environment have changed our relationship with the microbes that are an integral part of our biology.14


An additional and important factor of microbiome health is not mentioned in Dietert's article -- the everyday consumption of fibre. Like Dietert, Stanford microbiologists Drs Justin and Erica Sonnenburg also believe there is a direct link between the health of the body's ecosystem of intestinal microbial organisms and 'Western diseases' such as irritable bowel syndrome, obesity, diabetes, allergies and food sensitivities. However, they believe that the root of the problem is the recently-evolved Western diet -- a diet high in processed foods which lack the abundant and diverse fibre we need.15 With such foods, digestion takes place in the stomach and small intestine, leaving too little fuel for the beneficial microbes in the large intestine to maintain themselves with. This leads to low bacterial diversity in the gut, unbalanced microbe communities, and a damaged microbiome. The change from traditional high-fibre hunter-gatherer diets to the last 100 years of the most processed and modified foodstuffs ever experienced in human history,16 has contributed to what the Sonnenburgs call a "mass extinction event" of the 100 trillion bacteria required to tune our immune systems and regulate inflammation.17 This dietary time frame correlates directly with the rise of non-communicable diseases. Dietert writes:

In less than 100 years, leading diseases and causes of death have shifted dramatically away from infectious diseases and heavily toward noncommunicable diseases (NCDs), not just in developed countries, but around the globe. NCDs are now the number one killer worldwide, accounting for 63 percent of all mortalities.18, 19


For the generation which grew up in the 1920s, Dietert notes that

fear of infectious diseases -- including typhoid fever, cholera, and influenza -- far outweighed concerns about heart disease or cancer. Autism, Alzheimer's, attention deficit disorder, and Parkinson's disease were virtually unheard of. Allergies, then called hay fever, were around, but not common. Ratchet ahead...to the '80s and '90s, and the fear of cancer grew enormously, while a number of new diseases began to appear [...] Asthma, autism, lupus, arthritis, inflammatory bowel disease, attention deficit disorder, celiac disease, multiple sclerosis, obesity, and diabetes, among others, became common concerns. Fast-forward another two decades to the present day, and it is not a matter of whether you, your friends, or family members have one of these ailments, but which ones and how many.20


Mental health conditions such as anxiety and depression are also directly linked to the health of the microbiome. In an article for the American Psychological Association, Dr Suri Carpenter points out that gut bacteria manufacture approximately 95% of the body's supply of serotonin, a neurotransmitter which affects mood, sleep, memory, digestion, and increases feelings of well-being. In addition, the microbiome produces "hundreds of neurochemicals that the brain uses to regulate basic physiological processes as well as mental processes such as learning, memory and mood",21 rendering it, for University of California's Center for Neurobiology of Stress gastroenterologist Dr Emeran Mayer, "almost unthinkable that the gut is not playing a critical role in mind states."22 In other words, an unhealthy microbiome can lead to mental health instability.

For Dietert, "altered microbiomes and elevated risk of NCDs go hand in hand",23 creating a modern living landscape where non-communicable disease is now a persistent, global, medical situation with the highest mortality rates. Without doubt, we need to preserve and maintain microbiome health. Damaging our microbiome can be far easier, and quicker, than replenishing it: research shows that gut bacteria depleted by diarrhoea or antibiotics take approximately 30 days to recover to their pre-diarrhoea or pre-antibiotics state.24 So how can we look after our microbiome as best as we can? Here are three key ways: 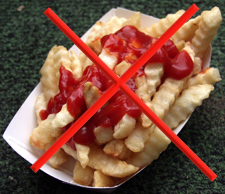 A Cornell University-Kings College experiment showed that even just 10 days of eating McDonald's fast food "devastated" the microbiome of a 23-year old male, with "massive shifts in his common microbe groups."25 Kings College Professor of Genetic Epidemiology Tim Spector asked his son Tom to eat all his meals at McDonald's for 10 days, with additional beer and crisps in the evenings. Fecal samples were collected before, during and after the experiment, and sent to three different labs to ensure consistency. Within 4 days of the diet, Tom experienced lethargy, which continued to increase. His friends thought he had "gone a strange grey colour" by day 7.26 The last few days were "a real struggle", with Tom feeling "really unwell".27 After 10 days on the diet, Tom lost 50 percent of his Bifidobacteria (good bacteria which suppress inflammation), and his firmicutes (bacteria which helps us extract energy from food) had been replaced with obesity-linked bacteroidetes as the dominant type. In addition, he had lost an estimated 1,400 species of bacteria after just a few days -- nearly 40% of his total species diversity. Two weeks after ending the McDonald's experiment and returning to a healthy diet, Tom's microbes had not recovered.28 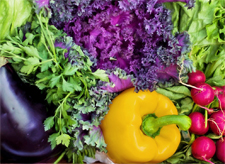 Eat diverse and plentiful amounts of prebiotics (dietary fibre which feed the beneficial bacteria in our gut). Have as wide a variety of plant-based fibre as you can, as different microbes require different polysaccharides, the complex carbohydrates in plant matter which they feed on.29 Research shows that there is a direct correlation between the food we eat, and the species of bacteria which responds: for example, the standard Western diet which is high in protein and fat produces greater proportions of the Bacteroides genus linked to obesity, while a high-carbohydrate, high-fibre diet, encourages higher numbers of healthy Prevotella bacteria.30 Increasing your fibre choices will increase your microbiome diversity. As Spector notes, "the clearest marker of an unhealthy gut is losing species diversity... Loss of diversity is a universal signal of ill health in the guts of obese and diabetic people and triggers a range of immunity problems in lab mice."31 Good prebiotic foods include onions, garlic, leeks, shallots, asparagus, beets, cabbage, beans and legumes, bran, whole wheat and grains, oats, barley and bananas.32

3) Probiotics can be useful 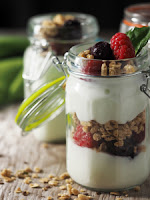 They certainly won't hurt. Aim for properly fermented foods which are full of beneficial lactic acid producing bacteria. These include yoghurt with live cultures, unpasteurised miso, kefir, tempeh and fermented vegetables such as pickles, sauerkraut and kimchi. NOTE: Always look for these foods in the refrigerated section, as shelf-stored varieties do not contain live bacteria.33.

1 How your gut bacteria govern your health -- and how you can change them for the better, Trust Me, I'm A Doctor, BBC Two

2 The sum of our parts, Dietert, Janice & Dietert, Rodney, The Scientist

4 Fast Facts About the Human Microbiome, Center for Ecogenetics and Environmental Health, University of Washington

5 The sum of our parts, Dietert, Janice & Dietert, Rodney, The Scientist

7 Fast Facts About the Human Microbiome, Center for Ecogenetics and Environmental Health, University of Washington

9 The gut microbiome: how does it affect our health?, Honor Whiteman, Medical News Today

10 The sum of our parts, Dietert, Janice & Dietert, Rodney, The Scientist

13 Fast Facts About the Human Microbiome, Center for Ecogenetics and Environmental Health, University of Washington

14 The sum of our parts, Dietert, Janice & Dietert, Rodney, The Scientist

15 Cute Family. And you should see their bacteria, John Swansburg, New York Magazine

17 Cute Family. And you should see their bacteria, John Swansburg, New York Magazine

18 The sum of our parts, Dietert, Janice & Dietert, Rodney, The Scientist

20 The sum of our parts, Dietert, Janice & Dietert, Rodney, The Scientist

23 The sum of our parts, Dietert, Janice & Dietert, Rodney, The Scientist

25 Your gut bacteria don't like junk food, even if you do, Tim Spector, The Conversation

29 Cute Family. And you should see their bacteria, John Swansburg, New York Magazine

31 Your gut bacteria don't like junk food, even if you do, Tim Spector, The Conversation