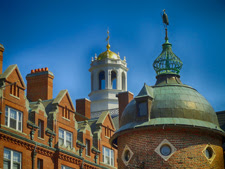 A July 5th 2016 Harvard study has provided the most detailed and powerful evidence to date on how dietary fats affect health. In a study which followed 126,233 participants for 30 years, Harvard T.H. Chan School of Public Health researchers found that higher consumption of saturated and trans fats was linked to higher mortality compared with the same number of calories from carbohydrates, whereas higher consumption of unsaturated fats was associated with lower mortality levels.1

The study found different types of dietary fats had different associations with mortality. High intake of unsaturated fats -- both polyunsaturated and monounsaturated such as olive oil, canola oil, soybean oil and coldwater fish oil -- was associated with between 11% and 19% lower overall mortality compared with the same number of calories from carbohydrates. Higher consumption of saturated fats (such as butter, lard, fat from red meats) was linked with greater mortality risk, with every 5% increase in saturated fat intake associated with 8% higher risk of overall mortality, when compared with the same number of calories from carbohydrates. Trans fats, however, were found to have the most significant adverse impact on health: every 2% higher intake of trans fat was associated with a 16% higher chance of premature death during the study period.2

So what is trans fat? While trans fat occurs naturally in small amounts in some meat and dairy products, most trans fat is produced through an industrial process which adds hydrogen to vegetable oil, causing the oil to become solid at room temperature. This partially-hydrogenated oil is less likely to spoil, so foods made with trans fat have a longer shelf life. Also called trans-fatty acids, trans fat is already known to raise 'bad' (LDL) cholesterol and lower 'good' (HDL) cholesterol, a combination which increases risk of heart disease.3 Trans fat, particularly the manufactured variety, appears to have no known benefit, with the US Food and Drug Administration (FDA) determining that partially-hydrogenated vegetable oil is no longer "generally recognized as safe", and should be phased out by 2018.4 Denmark has banned all but trace amounts of trans fat in food since 2003. In the UK, trans fats are not banned, but the Food Standards Agency has proposed greater transparency to food labelling with regard to trans fat amounts.5

With the Harvard study providing the strongest evidence yet of the risks posed by trans fats, every effort should be made to avoid these dangerous fats in our diet. Be aware that even if the nutrition label on a particular food says there is no trans fat, food brands are allowed to round amounts down to zero if there is less than half a gram. If the label mentions "partially hydrogenated oil", it means that trans fat is present.6

The following is a list of commonly-available foods often containing trans fats.