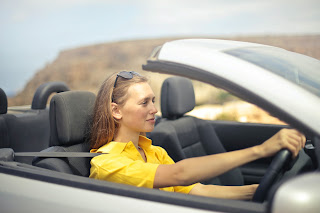 Men are more likely than women to be injured or killed in traffic accidents. That’s probably because they drive more often and faster than women do.

However, if you compare outcomes per incident and at the same speed (not total outcomes by gender), a woman is 20-28% more likely than a man to be killed in a car crash, and 37-73% more likely to be injured. What causes this difference?

It is possibly because women tend to drive smaller, lighter weight cars than men do. Women are also more likely to be driving the vehicle that is hit during front-into-rear and side-impact crashes, where vehicle structures may not protect them as well.

The Insurance Institute for Highway Safety (IIHS) also notes that women are more likely than men to suffer leg injuries in car wrecks. Because of all these differences in accident statistics between the genders, IIHS is suggesting that crash test dummies better reflect the female body.

Here are the statistical reports: