How to Hook Up a Speech to Text App Directly to your Computer; A 100% Digital Method 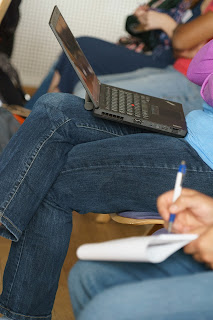 By Mary Doge with contributions from Orange Planer

On March 20th, 2021, Orange Planer and Mary Doge were at Project Done! event discussing how to fix the SL voice issue I was having and the question of how a deaf person like me could understand his voice when he was testing it for me.  I told him I had a speech to text app hooked up to my computer.  He wanted to test how well it worked.  Here’s how the dialogue went:

Orange Planer tested it again by saying this at a normal speaking speed:

[08:15] Orange Planer: "As your prescription benefit manager for your employer, plan sponsor, or health plan, Express Scripts wants to let you know about some important plan information that affects how you get your prescriptions filled."

[08:14] Mary Doge: Angie Prescription benefit manager for your employer plan sponsor or have plan Express Scripts wants to let you know about some important plan formation that affects how you get your prescriptions filled.

As you can see, the transcription has errors in it.   Hopefully, the speech to text industry should improve with time.  Considering it’s listening to someone over the Internet, through the Second Life voice platform, and then played into an Android cell phone, this is pretty good!

How do you do this set up, you say?  Just follow the steps below:

The first step is to hook up the audio cords and plug one cord into my phone.  I have a Y-splitter so that the audio cord from my computer’s audio jack is connected to my speakers and my phone.

The second step is to make sure the headset jack is being used.  I switch from the phone speakers to the headset by using the Lesser AudioSwitch app.  It can be found on Google Play Store in this link below:

Note 1:  according to the manufacturers they do not support Android 11.  Several features are natively included with Android 11.  This means you can use the features built into Android 11 to do the same things this application does.

Note 2:  There is no Apple IOS version of this application.  There may be another application in Apple’s Play Store that has these features, or the functionality may be built into the iPhone, but the authors do not have an iPhone with which to test.


The third step is to start up the speech to text app.  I use the app Live Transcribe & Sound Notifications, which is an app that Gallaudet University collaborated with the developers to create.  It can be found in the Google Play Store at this link:


The last step is to make sure the voice comes through clearly from Second Life.  I can do this by turning off the other channels and just have the voice channel active.

Email ThisBlogThis!Share to TwitterShare to FacebookShare to Pinterest
Labels: How to, Technology