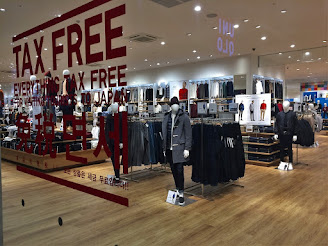 Schools may or may not open in the next week in your state, but if you live in ten particular states, you will be able to shop for school supplies this weekend (Aug 7-9) without paying regular sales tax on those items. These states are:

Typically included on the list each state has designated as tax-exempt items are school supplies, clothing and shoes, and in some states computer equipment is also on the list. Check this article for further details and links to the states’ tax sites.

Email ThisBlogThis!Share to TwitterShare to FacebookShare to Pinterest
Labels: Announcements, Things to do 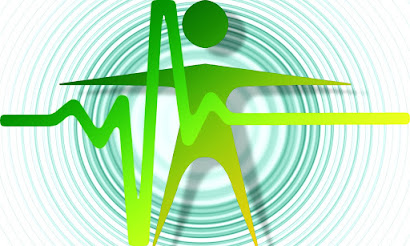 The two types of esophageal cancer are the seventh leading cause of death for US men. Esophageal cancer is the sixth leading cause of cancer deaths worldwide.
The two types of esophageal cancer are esophageal adenocarcinoma and esophageal squamous cell carcinoma.  Both appear to be caused by irritation of the lining of the esophagus which causes cellular changes in DNA. The exact cause of these cancers is unknown.
Adenocarcinomas (EAC) begin as changes in the music-secreting glands lining the esophagus, typically in the lower portion where it empties into the stomach. In the US it affects primarily white men.  Two-thirds of esophageal cancers in the United States are EAC. It is usually associated with obesity and gastroesophageal reflux disease (GERD).
Squamous cell carcinoma (ESCC) occurs in the thin flat cells lining the interior surface of the esophagus. It occurs mainly in the upper and middle portion of the esophagus tube, and is the most common esophageal cancer worldwide. It is most commonly associated with smoking and drinking alcohol.
A 2018 research study has shown that the incidence of ESCC in the US decreased significantly from the 2001 level to 2015. The same research also indicated a significant increase in EAC between 2001 and 2006.While the incidence of EAC was highest in Midwestern states, it increased the most rapidly in the Northeast.
It is suggested that the decrease in ESCC may be due to a rapid decrease in smoking. What this means is that reducing one of the risk factors for esophageal adenocarcinoma worked. EAC is treatable, and early detection can make a big difference in survival rates. For more information on esophageal cancer detection and treatment: https://www.cancer.gov/types/esophageal/patient/esophageal-treatment-pdq
Prevention always has better outcomes than treatment. Let’s make a better effort to reduce the risk factors for esophageal squamous cell carcinoma by treating GERD adequately and reducing obesity.
Posted by Orange Planer No comments:

The three displays and five exhibits for this month are as follows, starting by the bridge from Virtual Ability island and working around to the top of the waterfall.
Posted by Orange Planer No comments:

Today (July 26, 2020) marks the 30th anniversary of the date when President George H. W. Bush signed the Americans with Disabilities Act (ADA) into law. The ADA legislation protects the civil rights of persons with disabilities by guaranteeing equal opportunities for them in various aspects of public life.

You could of course celebrate with cake and ice cream. (Ice cream sounds particularly good during this heat wave.) The ADA National Network has some additional suggestions for marking this significant anniversary.

The Morning Edition show on National Public Radio is asking persons with disabilities to help them document how the ADA has impacted their lives. They accept written, audio, and video personal stories. Find out more about your opportunity to share here: https://www.npr.org/2020/07/22/893863351/after-30-years-how-has-the-ada-helped-you.
Posted by Orange Planer No comments: